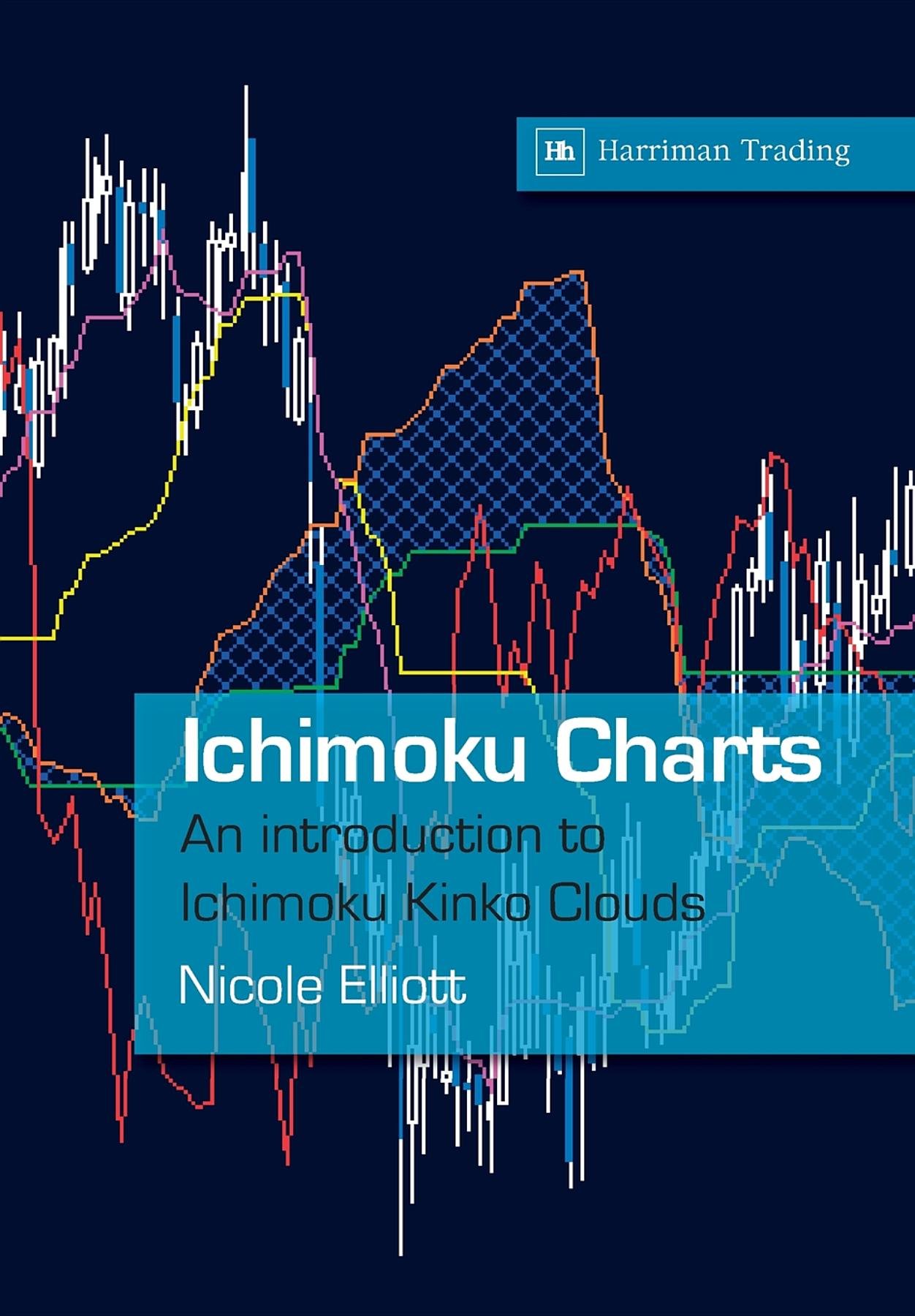 Candlestick charts, although originating in Japan, now play an important role in technical analysis worldwide. Now, for the first time in English, this book presents the next stage of candlestick analysis - Ichimoku Kinko Hyo. Sometimes called Cloud Charts, this analysis adds moving averages to candlestick charts. But moving averages a little different from those traditionally used in the West. For trending markets, Cloud Charts add an essential tool for analysing near-term areas of support and resistance.
The book covers the history of candlestick charts - explaining the context in which they developed. And then moves on to explain how in the 1930s a journalist, with the pseudonym Ichimoku Sanjin, started refining candlestick analysis by adding a series of moving averages. The book explains in detail how to construct Cloud Charts and how to interpret them. A chapter is devoted to the advanced analysis of Cloud charts, with an in-depth study of the Three Principles: Wave Principle, Price Target and Timespan Principle. The book is illustrated throughout with numerous examples of Cloud Chart analysis.
Walk into any Japanese dealing room today and you will see that the most common charts being used are Ichimoku Kinko Clouds. This book presents the definitive explanation of these charts for the first time to a Western audience.

Nicole Elliott is a graduate of the London School of Economics and a member of the Society of Technical Analysis. She has worked in the City of London for over 20 years. Whether in trading, sales or as an analyst within the treasury departments of major international banks, technical analysis has formed the backbone of her methodology. As Mizuho Corporate Bank"s senior analyst in London she covers the foreign exchange, interest rate and commodity markets and equity indices.

How to choose your pairs for trading with Gunbot

- March 27, 2019
Gunbot allows you to trade an enormous amount of crypto currency pairs, dependent on the exchange you choose to use it on. Trading pars consist on your primary coin, which is the currency you are purchasing with, such as Bitcoin, and your secondary coin will be the coin you chose to purchase, such as Binance coin. There are numerous indicators you can focus on in order to minimize your risk, which I will cover in this article. Table of Contents Step One – Choosing an exchange to trade on Step Two – Determining which primary currency you want to purchase with Step Three – Determining which secondary currency you want to purchase Step Four – Verifying that the trading pair is good for trading Step Five – Setting a stop-loss…or not 1. Choosing an exchange to trade on. The Gunbot crypto trading bot is available for a wide variety of exchanges, and plan on expanding onto other exchanges as they prove their viability. Currently we are available for Binance, Bitfinex, Bitmex
Read more